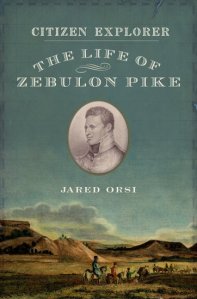 Orsi (history, Colorado State Univ.) considers the pioneering Western explorations of Zebulon Montgomery Pike. While incorporating the theme of his essay of last year in Matthew L. Harris and Jay H. Buckley’s edited collection, Zebulon Pike, Thomas Jefferson, and the Opening of the American West, claiming Pike as the spearhead of the U.S. government’s eventual control over Western ecosystems, here it is but a thread in a wider study of Pike. His 1806 mapping and information gathering was critical to U.S. Western expansion into the lands gained in the Louisiana Purchase of 1804 as well as those in the Spanish Southwest. Pike’s expedition westward was forever stained in history by former vice president Aaron Burr’s attempt to use the trip as part of a plan to create a Western independent nation after his fall from grace following his fatal 1804 duel with Alexander Hamilton. All of this deep and complex political intrigue is well handled by Orsi; lighter historic points, such as Pike bringing two grizzly bear cubs back for President Thomas Jefferson, help to keep reader interest. Writing in an engaging and accessible style, Orsi provides a balanced defense of Pike’s personal honor within the context of an early American political scandal that overshadowed the significance of his explorations. VERDICT Highly recommended to academic and general readers of history and westward expansion biographies.—Nathan Bender, Albany Cty. P.L., Laramie, WY