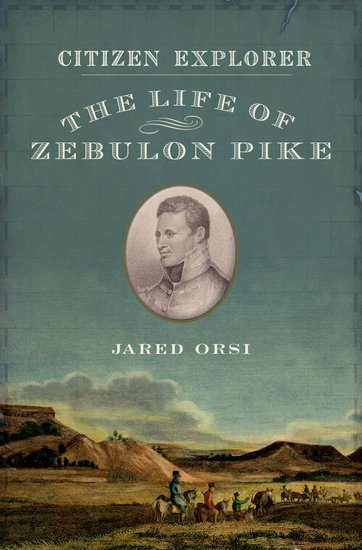 Zebulon Pike is one of the West’s mysteries. Was he sent West to map the country, or were his orders to trespass into Spanish territory to spy, possibly for Aaron Burr? If his mission was to explore, Pike was a bungler.

He failed to identify rivers and their headwaters, got lost in high mountains where his men nearly died from cold and starvation. About the only thing he got right was naming the source of the Platte. And if he was supposed to spy for Burr, he was too late. Burr’s plot to foment rebellion against the rest of the country had come to naught.

In this comprehensive biography of Pike, Jared Orsi, associate professor of history at Colorado State University, places the explorer against the background of a young country discovering itself. Pike’s ambition and high ideals were those of post-Revolutionary War America.

Pike longed to contribute to America’s greatness, even if it meant personal sacrifice. He even dreamed of a hero’s death while in the service of his country, and that’s exactly what he got. It was not in the West, however. Pike was killed in a battle in the War of 1812 and became one of the valiant symbols of that conflict.

Incidentally, while Westerners who’ve hiked Pikes Peak are fond of saying that Pike foretold that mountain would never be climbed, Orsi claims Pike never really said that. Instead, he said that under the circumstances (36 hours without food, no blankets or socks, freezing weather), his men couldn’t summit that day.